The Shortcut to train talent from diverse backgrounds

Established in January, 2016, The Shortcut, a community-based Finnish organization, has been offering pro-bono training programs for people with diverse backgrounds, including refugees, immigrants, and multicultural youth, to help them get a breakthrough in the technology sector.

While nurturing people to have skill sets, the organization also helps quench the thirst for skilled personnel in the startup world.

“What we do is accelerate people from diverse backgrounds to think of their own creative tech startups, or work for high-growth companies,” Anne Badan, CEO of The Shortcut said in an interview with The Investor on Tuesday. 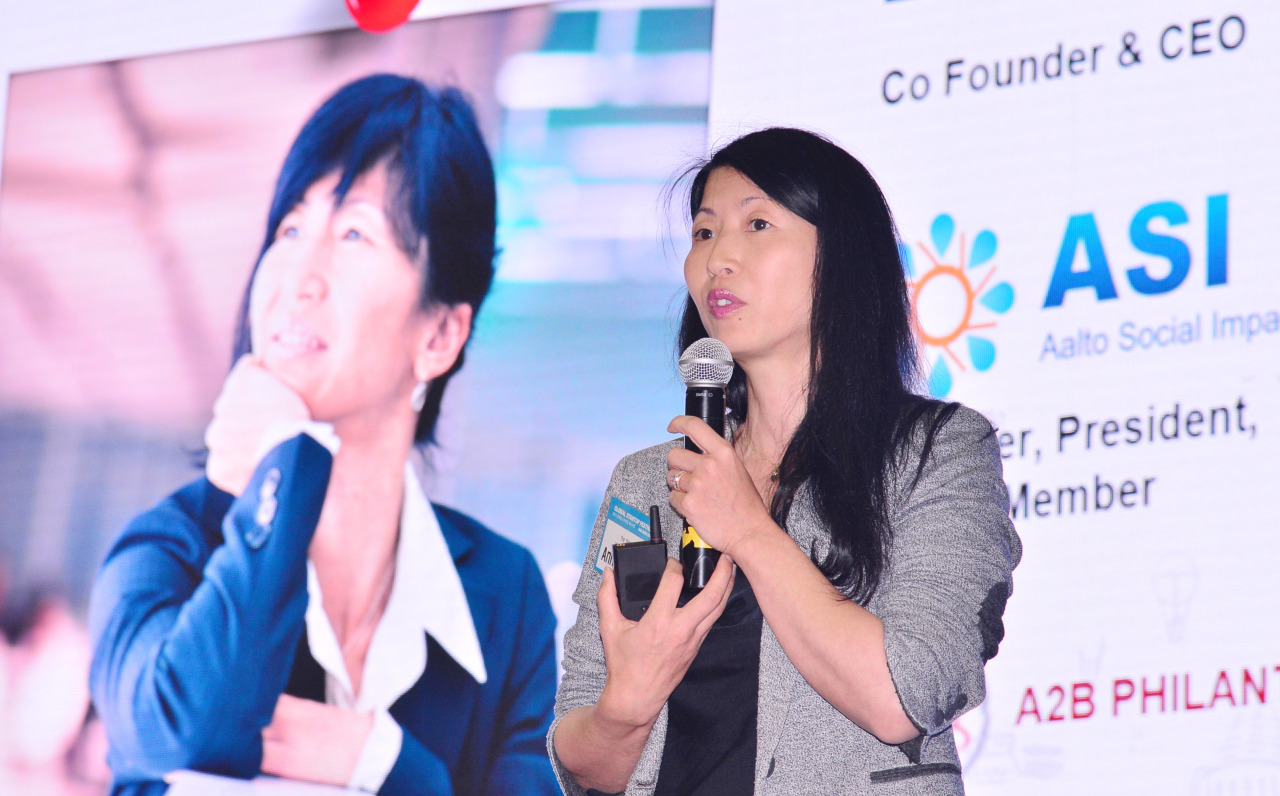 Anne Badan, CEO of The Shortcut, delivers a speech at the EXIT Daejeon 2019, a startup conference in Daejeon City on Tuesday. Park Hyun-koo/The Investor


“It is all about optimizing people’s skills and making sure that they can contribute to the local economy,” she added.

She is participating in EXIT Daejeon 2019, a startup conference being held through Thursday. As the judge of a startup pitch competition during the conference, she will pick three local startups that will be given a chance to take part in the Slush event, one of the largest European startup conferences, in Helsinki in November.

Below are the excerpts from the interview.

Korea Herald: What message do you want to deliver during EXIT Daejeon 2019?
Anne Badan: My speech at the opening session on Tuesday was about diversity in the tech startup community, focusing on the talent attraction, acquisition, and retention.
It was about how to build a company and scale it up to the global markets, and you need diverse people in order to do that.

KH: Can you tell us more about The Shortcut?
Badan: What we do is accelerate people from diverse backgrounds to think of their own creative tech startups, or work for high-growth companies.
So it is all about optimizing people’s skills and make sure they can contribute to the economy where they live, or stay. Because, more often than not, our participants are from elsewhere.

KH: What kinds of programs are there specifically?
Badan: For example, we now have a partnership with Microsoft’s Azure cloud computing system service. It is about certification skills that are necessary in the tech industry. We have AWS and Google as partners as well. We have big tech companies that are helping and sharing with trainers while offering a lot of coding and programing skills in different languages. It is to fill the gap of developers that is missing in the tech industry.

There is also a program aimed at supporting fledgling startups in emerging and Nordic countries. We have sent people to nations like Rwanda, Namibia, Nigeria, Kosovo, and Botswana.

KH: What is your impression on Korean startups?
Badan: I have heard some pitches of startups as a member of the jury at the EXIT conference, and they were impressive. They were given quite a lot of time, around 15 minutes, to explain their ideas and business at the conference, but I think in the future they will have to wrap up much faster because usually you have only three minutes or so to pitch your company.

KH: How does The Shortcut get funded?
Badan: It is a mix of funds and revenues. Funds from individuals, companies, governments and cities. We also generate our own revenues as we are a service provider to the Ministry of Labor and Employment in Finland and the unemployment office. While being non for profit, we try raising funds to be financially self-sustainable.