As Sister Carrie plays around with toys on YouTube, kids are enchanted.
Since its YouTube launch in 2014, Carrie has become an influential figure with more than 2 million subscribers. CarrieSoft, the company behind Carrie and Toys -- with real person and animation characters -- is about to go public as early as August.

The company is slated to become the first case of a “special listing on promising business model,” which allows many emerging companies with potential for scaling up but yet to be profitable to be listed on the country’s tech-heavy Kosdaq market.

“We decided this is the right time for us to go public before we make another leap to become a unicorn,” Park Chang-shin, chief executive officer and co-founder of CarrieSoft, told The Investor in a recent interview.

The company’s rise in five years -- from a YouTube channel to a kid contents provider is no coincidence. 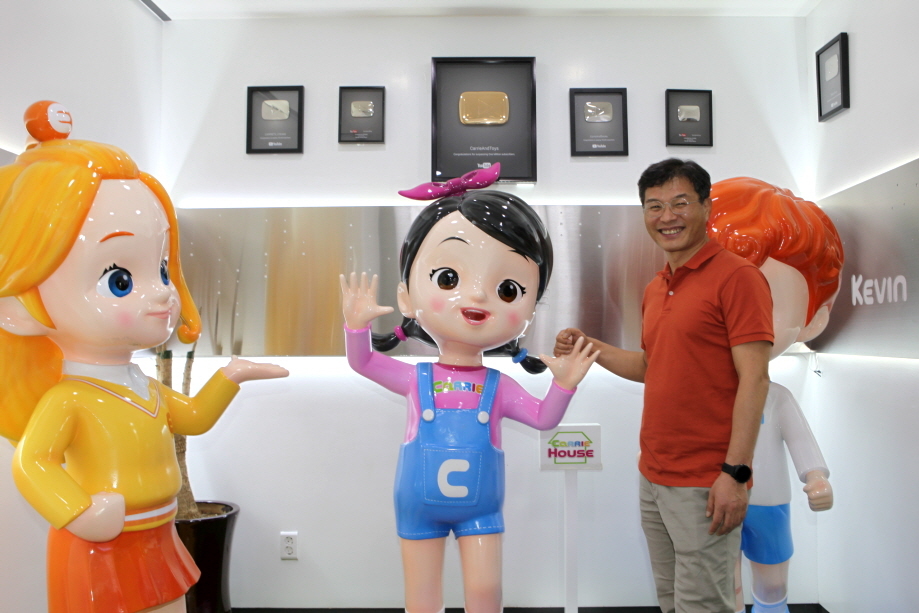 When the iconic show Popopo was scrapped in 2013 after running for 32 years on Munhwa Broadcasting Corp., Park could not be more sure about his business plan -- kid contents provider based on YouTube. That was when he and his wife Kwon Won-sook, co-founder of the company, decided to launch CarrieSoft, named after their daughter’s English name, in 2014.

TVs were shutting down kid programs due to profitability while children were getting used to smartphones,” Park said. “At the same time, everyone knew that the market was shifting to YouTube.”

Park had observed the emergence of YouTube since 2006 when he was an information technology journalist. He has been keenly paying attention to YouTube and media changes, having published two books, “Rise of Personal Media” in 2004 and “Beyond Broadcasting” in 2008.

The company started as a toy review channel but now provides entertainment, educational contents and offers various merchandise while its age target has widened to cover preschoolers, kindergartners and lower grade elementary school students. Its sales reached 10 billion won in 2018, jumping 55.4 percent on-year. Its operating loss stood at 300 million won in 2018 compared with 220 million in 2017.

The company’s decision to broaden its business scope and age target was not only to widen its potential market and profitability but also to become a long-lasting brand that can be embraced by all generations.

“It was a dilemma as a content provider that no one wants to pay,” Park said. “Even if you’re a very powerful content provider, you can only make limited profits from videos you create. That’s why we introduced various products -- around 400 now -- using our characters such as shower bubble or toothpaste which also can help children develop good habits.” 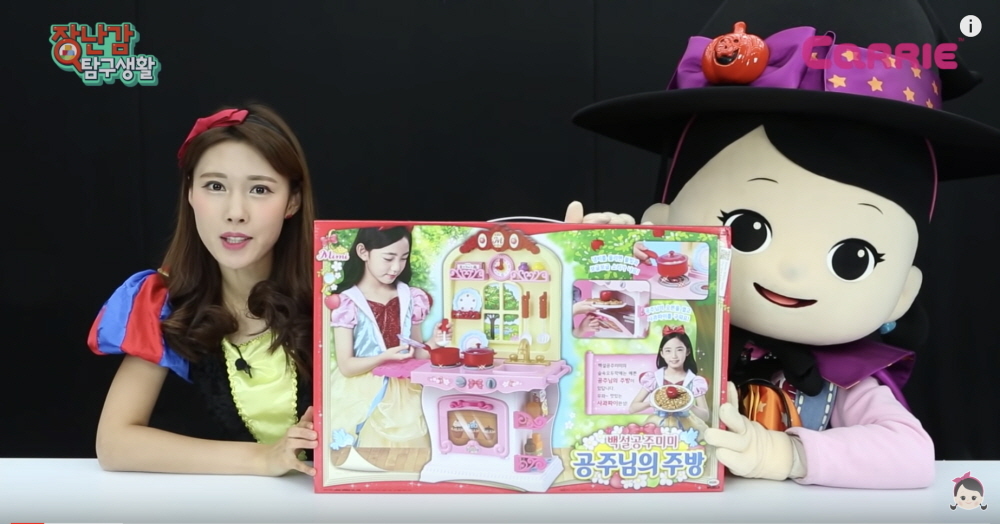 On the get-go, Park and Kwon want to become a global brand and the company was quick to make a foray into overseas markets, entering China three years ago and Vietnam two years ago.
Park noted that Carrie and other characters that resemble neighborhood kids have been well-received in countries where some Confucius values are shared with Korea.

CarrieSoft’s business in China began to make profits last year and is gaining popularity in Vietnam and other Southeast Asian countries. But after the IPO, the company plans an even more aggressive overseas expansion.

In the latter half of this year, CarrieSoft will launch a US subsidiary to kick-off business there in earnest. In the US and other Western countries, it will focus on language education contents such as Hello Carrie ABC, English language education video contents. It also plans to launch Korean language learning contents for children.

“I know children will be interested in BTS or Blackpink or Twice, as they grow up,” Park said. “Before they reach that point though, we want to capture their interest and eventually want to become a brand that transcends generations just like Disney characters.”