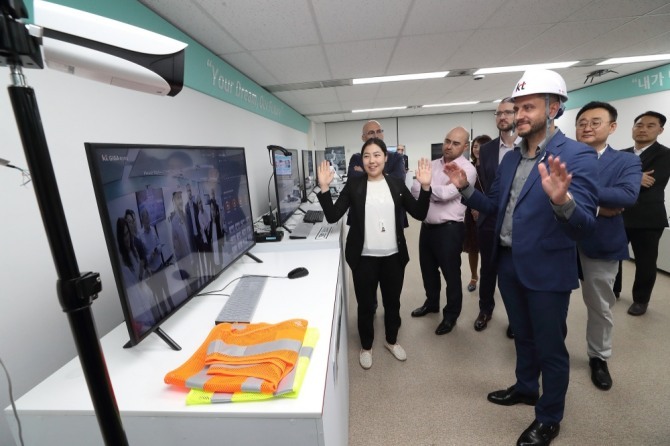 KT chief Hwang Chang-gyu met with MTS Group CEO Alexei Corna on May 17 at KT’s headquarter in downtown Seoul, officials said on May 19.

The two sides discussed ways to cooperate how to apply 5G technology in daily lives, such as artificial intelligence and smart home devices, KT said.

MTS Group executives were also given a tour of Novotel Ambassador in Seoul, where KT has installed 5G-powered AI technology for hospitality services. They witnessed how to order food with voice calls and control built-in internet of things devices in rooms, KT said.

“KT has played a leading role in commercializing 5G for the first time in the world,” said Chairman Hwang. “We are seeking to enhance partnerships with global partners such as MTS.”