BANGKOK -- In Thailand, telecommunication companies were the first pioneers to promote the startup ecosystem, because they needed support for the mobile internet era.

“When we launched DTAC Accelerate, the Thai market was transitioning from 2G to 3G services but there was neither an ecosystem nor apps. So it was natural that telecom companies initiated the move to innovate,” Anattaphisa Jantathai, head of investment and partnerships at DTAC Accelerate told The Korea Herald in an interview at its coworking space Hangar on May 11. 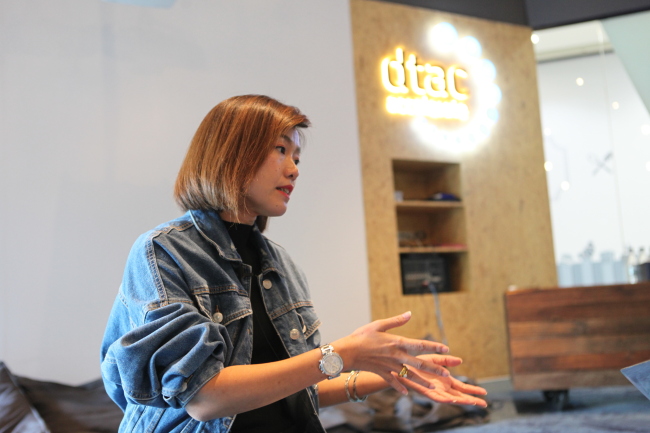 DTAC Accelerate runs three tracks -- incubation, accelerator and special that is aimed at global expansion. It has invested in 46 companies so far in a total of six batches, with 70 percent of the startups securing follow-up funding.

Although it started out as a necessity for a telecom company, DTAC Accelerate’s portfolio covers all kinds of sectors.

“There is no pressure that we have to find innovation that would benefit the parent company because from the get-go, our goal has been ‘to build up Thailand’s startup ecosystem,’” Jantathai said. “Actually you need to put aside that pressure of bringing back ‘innovation’ to the company and focus on building an ecosystem. I think that’s what sets us apart from other accelerator programs and allows us to continue for a long time,” she noted.

Its investment portfolio might be wide in scope but the most important factor DTAC Accelerate focuses on when selecting startups is the founders, Jantathai said.

“We do consider product-market fit and promising ideas but most importantly we invest in people -- high caliber founders with a strong background, passion and potential,” she said.

She believes Thai founders are very strong. Some of them have a family business background while others are industry experts themselves who want to innovate their fields of expertise. And this year a lot of tech talents coming back from Silicon Valley are making the startup scene more vibrant, she said. 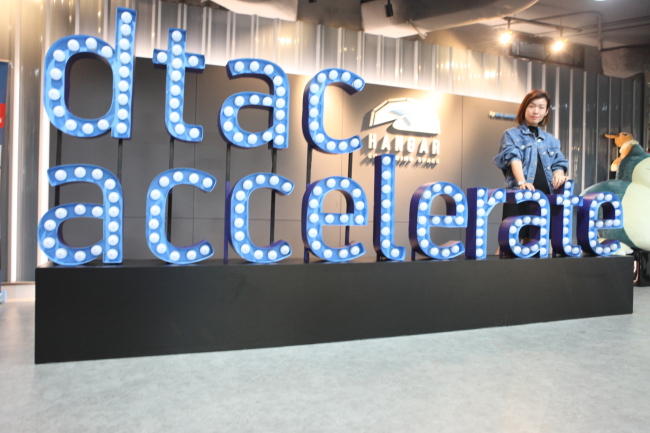 But these founders sometimes suffer what they call ‘country discount’ when raising funds because of the small market size -- a population of 69 million people -- and the absence of growth-stage startups.

Thailand lacks companies which have raised beyond series B funding because with a market size smaller than its neighbors such as Indonesia and Vietnam, it is difficult for startups to increase traction. Because of that overseas investors are reluctant to bet on Thai companies, she added.

Just as many Thai startups and investors alike wish, DTAC Accelerate also wants one of them to be the first founder of a unicorn in the country. But before that Thailand needs more growth-stage startups that can expand overseas, according to Jantathai.

“We need more examples like Priceza, a price comparison website, and Fastwork, a freelancer market place, which expanded to Indonesia, Southeast Asia’s biggest market,” she said.

That is why DTAC Accelerate has joined forces with other corporates such as real estate company Sansiri, life insurer Muang Thai Life Assurance and messenger platform Line to grow the Thailand startup ecosystem, which is now ready to take off after several years of laying the groundwork.

“I’m very excited. Over the next few years, things will change very quickly,” she added.