Cash-strapped Kumho Asiana Group might be close to selling Asiana Airlines, after its restructuring plan was rejected by its creditors, industry sources said on April 12.

A local media outlet reported that the group has decided to sell Asiana Airlines, a day after its creditors, including the state-run Korea Development Bank, refused to give an additional 500 billion won ($440 million) in financial assistance. However, a spokesperson said the group has not decided to sell the country’s No. 2 airline and is still working on revising the revamp plan.

The creditors on April 11 rejected Kumho Asiana’s plan, saying the rescue plan was not sufficient to regain the trust of the market and would further burden creditors. On April 9, the group submitted a restructuring plan including a pledge to sell off the airline if it fails to meet creditors’ demands in three years.

When asked if the company plans to submit a revised revamp plan, Han Chang-Soo, CEO of the airline, told reporters after attending the funeral of Korean Air Chairman Cho Yang-ho, “We’re faithfully negotiating (with creditors). We will do our best." 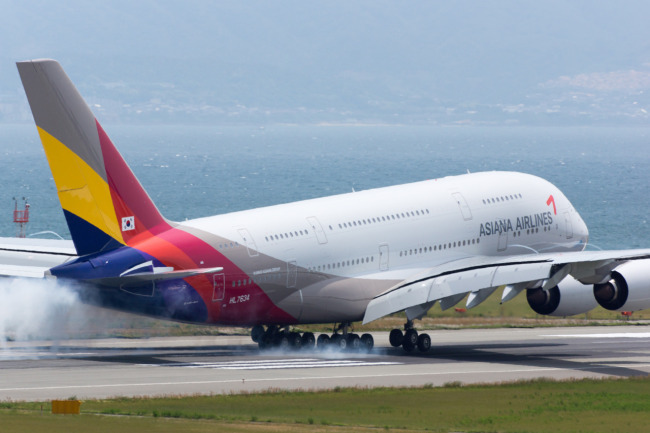 
The revised plan is likely to include a scheme to sell the airline’s subsidiaries, including Air Seoul, Air Busan and Asiana IDT, but industry sources say the sale of Asiana Airlines is the most feasible way to satisfy creditors.

Creditors are already considering collecting Kumho Asiana’s debts by selling the carrier if Asiana fails to come up with a self-rescue plan.

The sources said the air carrier could attract major conglomerates such as SK, Hanhwa and Lotte as potential buyers.

They also said creditors would prefer the sale of Asiana Airlines -- which has Kumho Industrial as its largest shareholder with a 33.47 stake worth 300 billion won -- as that would prevent Park Sam Koo and his family members from having influence on management.

Park, who stepped down as CEO of the carrier last month, holds a 45.3 percent stake in Kumho E&C.

Asiana owes financial institutions 3.2 trillion won, and it has to repay 1 trillion won of the total this year, according to the company.