Shinhan Futures Lab, a South Korean innovation hub owned by Shinhan Financial Group, said on April 11 it is poised to ramp up support for startups by teaming up with Korean fund of funds management firm Korea Growth Investment Corp.

Shinhan Financial has signed a memorandum of understanding with the state-led FOF manager, also known as K-Growth, to foster investments in startups dedicated to fintech, according to the banking group.

Under the agreement, the two will share information about fintech startups, cooperate with each other to seek them out, scale them up and create a fund of funds with funds from Shinhan. 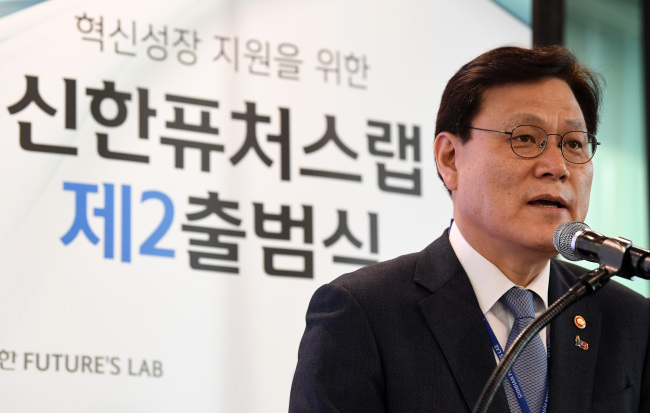 “The agreement will serve as a cornerstone to scale-up investments led by domestic financial institutions,” Korea’s top financial regulator said. “Before this, foreign investors have taking a leading role in helping Korean unicorns scale-up their capital.”

Alongside the partnership, Shinhan Financial announced plans to provide startups with a “total scale-up package,” as part of a 2.1 trillion won ($1.84 billion) group-wide project to help innovative firms.

Under the plans, startups will be given support ranging from a chance to use a coworking space owned by the group, financing by Shinhan Bank, technological advice from the group’s digital innovation institute, investment banking support for mergers and acquisitions and initial public offering, among others.

This comes a month after Shinhan’s in-house accelerator unveiled its fifth batch composed of 40 fintech startups out of some 650 applicants. The innovation lab has vowed to add more startups to the batch and make a combined 5 billion won investment.

Since its inception in 2015, the fintech lab has accelerated 72 startups and made 8.3 billion won direct investment as of end-2018.

Other than the innovation lab in Korea, Shinhan Futures Lab’s Vietnam unit has accelerated 11 Vietnamese startups since its foundation in 2016.