After roller-coaster ride, Korean startup gears up for global expansion

The world’s first braille smartwatch Dot Watch which was introduced at a TED X conference in 2016 was thrust into the global spotlight and hailed as a revolutionary product that could greatly improve the lives of some 300 million visually impaired population around the world, but the ride has not been smooth since then.

During his presentation, Dot CEO Kim Ju-yoon (Eric) even likened it to Apple Watch as it can pair with a smartphone. Featuring a minimalist design with a metallic body and a white dial, the watch indeed looked like one of the sleek products available at an Apple store. He promised at the time that the digital watch, much cheaper and lighter than the traditional braille products, would be released in early 2016.

Since then, however, the startup has faced many obstacles and few saw the actual product. With the delay, the initial hype around the smartwatch subsided while skepticism over the technology consequently rose.

Choi Ah-rum, marketing director of Dot, said that the past several years were a roller-coaster ride for the Korean startup that was founded in 2014.

“I would say we were in Death Valley before the smartwatch was released in June 2018,” Choi told The Investor in a recent interview in Seoul.

“The Dot CEO, who is now serving his mandatory military service, put a stop to all public relations and marketing activities in April 2017, to focus on commercializing the product.” 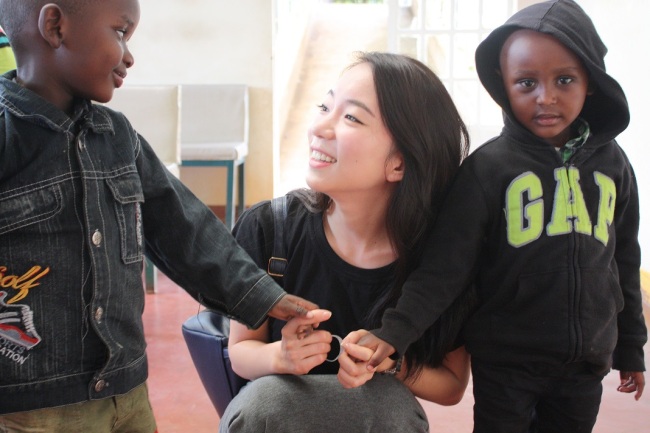 The startup, operating under the name Dot, encountered countless hoops before successfully mass-producing the 42-millimeter braille watch, with around 200 parts, including touch sensors, a Bluetooth chip, tiny motors and a lithium-ion battery.

Last year, the company finally saw a silver lining as the much-awaited braille watch was officially launched. Following that, it started to raise a Series B funding round early this year, which will presumably reach more than 40 billion won ($3.5 million) when closed. It also won the second prize at coworking space firm WeWork’s Creator Awards, a contest for creators, nonprofit organizations and startups, in Seoul on Feb. 28.
Riding the new momentum, the Seoul-headquartered startup is now trying to expand its operations overseas, preparing to launch a range of new braille products, including an e-book reader, tablet PC and digital bulletin board.

“We plan to enter Kenya and India in the second half of this year with Dot Mini, an e-book reader, as part of an aid program run by the Korea International Cooperation Agency, or KOICA,” Choi said.

Based on India’s so-called ‘two percent’ law implemented in 2014, privately-run companies whose average net profit surpasses approximately $816,000 over a period of three years should spend at least two percent of their profits every year on corporate social responsibility.

The Dot director sees the Indian law as a great opportunity. Through partnerships with governments and corporations for CSR projects the startup can make affordable braille devices available for a wider range of people while having a stable revenue source.

Choi pointed out that distributing braille e-book readers or tablet PCs are more inclusive and comprehensive measures to benefit visually impaired people in a fair manner than any other way, for example, handing out money to a select few.

“Financial aid is often uneven, or unfairly distributed, but devices are not,” said the director, adding braille products, like the Dot Mini, can also help to reduce social costs by offering quality literacy education to the visually challenged citizens, and help them better assimilate into the society. 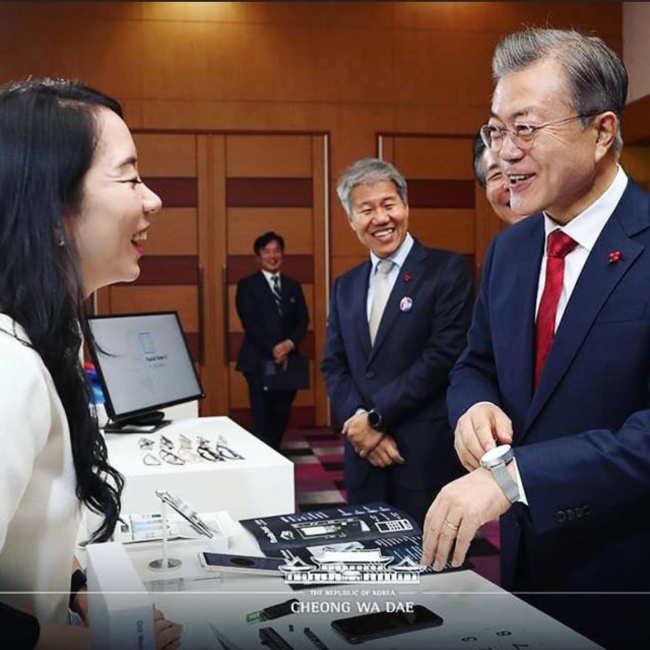 
There are yellow sidewalk bumps installed on the floor of Dot’s head office to help visually challenged employees navigate the office freely and conveniently.

“Playing the role of the tactile block is one of the goals for the company, and to that end the startup aims to create a Dot ecosystem,” Choi said.

“The company looks like a hardware company on the surface, but we will ultimately build a software ecosystem where users are seamlessly connected through Dot Watch, Dot Mini and Dot Pad,” she noted, mentioning the firm’s plans to launch a subscription model, like Amazon Kindle and Netflix, down the road.

The company is also planning to install digital braille kiosks during international events, such as the 2020 Summer Olympics in Tokyo.

For the development of Dot Pad, a tablet PC, it has been cooperating with tech giant Google. In the case of Dot Watch, tactile balls rise and fall to relay text messages, time, and other alerts in braille alphabet on the dial. The planned Apple iPad-like device, on the other hand, can not only convert text into braille letters, but also display images and shapes on the bigger screen.

Since components for the Dot products are around 10 times cheaper than those used in traditional, chunky, braille devices that have limited functions, the Korean company has an upper hand in competing with the existing players in global markets, Choi said.

The Dot products are currently available on the firm’s online platform as well as at its service centers in Korea where customers can repair their products, and make an order for braille products via a phone call.