Retiring executives -- whether they are members of conglomerates owned by families or professional mangers -- were paid most generously last year, according to data from the country’s financial watchdog Financial Supervisory Service on April 2.

Some of the scandal-ridden chiefs took nothing home, but others at the center of controversies bagged twice as much despite the criticism. 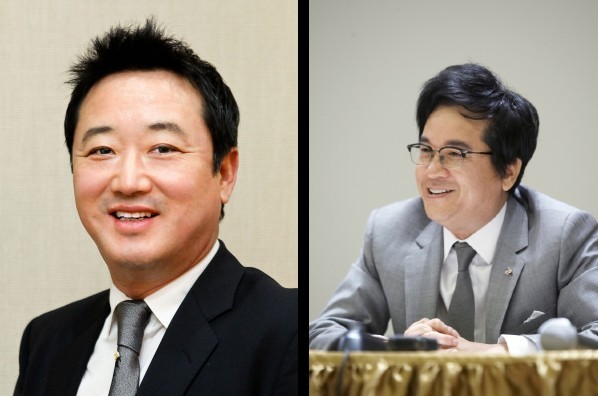 Lee, grandson of the Kolon founder Lee Won-man, stepped down from all his positions at the group on Jan. 1.

Kim Taek-jin, CEO of NCSoft, one of South Korea’s top game makers, received 13.8 billion won, partly due to the success of the mobile version of the hugely popular game “Lineage.”

Koo Kwang-mo, 41, who took the realm of LG Group as chairman and CEO after his adopted father Koo Bon-moo passed away, took 1.3 billion won for a half-year salary. Cho Yang-ho, chairman of Hanjin Group, a company that is facing much public backlash for abusing power and negligence, took home 10.7 billion won from five affiliates.

On the other hand, Lotte Group Chairman Shin Dong-bin, who was the most paid executive in 2017 with 15.2 billion won, tumbled from the throne after returning five months worth of salary while he was in prison. Lee Jae-yong, president and the de-facto leader of the country’s largest conglomerate Samsung, received nothing as he has been facing trials.

Among the professional executives who are not family-affiliated, Samsung Electronics Vice Chairman and CEO Kwon Oh-Hyun was the most generously compensated last year, receiving 7 billion won.