Hotel Shilla CEO Lee Boo-jin has been embroiled in a scandal involving the illegal use of propofol, a highly addictive anesthetic drug which could be lethal when overdosed.

The latest scandal involving the eldest daughter of bedridden Samsung Group Chairman Lee Kun-hee is likely to become a great risk for the largest hotel chain in South Korea. 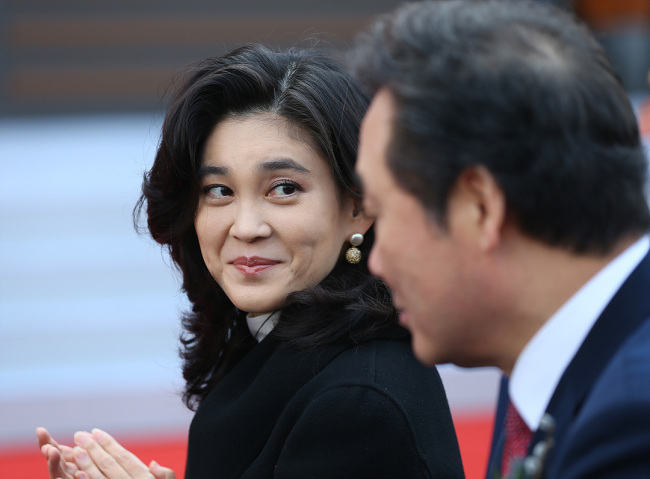 CEO Lee received the intravenous sedative at a plastic surgery clinic in Gangnam at least twice a month from January to October in 2016. She often remained at the clinic’s VIP room for a couple of hours to get the injection of what is often called as the milk of amnesia for its milk-like appearance, local news outlet Newstapa reported on March 21, citing a former nurse who used to work there.

The clinic is suspected of giving the Samsung scion the propofol injection without leaving any records, and manipulated medical records of other patients, all of which run against the local medical laws.

Lee reportedly gave calls directly to the head of the clinic to receive the sedative.

Hotel Shilla and Lee denied all the allegations through a statement.

“I sincerely apologize for causing concerns with the allegations,” she said, adding the treatment she received at the clinic in 2016 was for medical purposes, not for illegal abuse.

The CEO, who is currently in a divorce suit with her husband Lim Woo-jae, took part in the shareholders meeting held on the day, but did not mention anything about the drug allegations.

The police said later on the same day that they will launch an internal investigation to look into the drug management procedures at the clinic.

The oblivion-inducing drug has very quick onset, in less than about 10 seconds, and is said to wear off without nausea, drowsiness and hangover often brought on by other types of anesthetics.

It, however, causes some fatal side effects including the stopping of breathing, irregular heart rate, and low blood pressure.

Propofol came under the spotlight in 2009 when Michael Jackson died of an overdose, which is why it is also called as Jackson juice.

In 2013, some celebrities were under fire for abuse of the anesthesia drug in Korea. The anesthetic was classified as a type of psychoactive drug in 2011, and should be administered only in a hospital setting.