The number of South Korean cars shipped overseas fell 1.6 percent on-year in February due to weaker demand for sedans and a smaller number of business days, government data showed on March 14.

According to the Ministry of Trade, Industry and Energy, automakers here shipped 160,442 cars overseas last month, with their value estimated at $2.8 billion. The North American market bought $1 billion worth, up 12.4 percent from a year earlier, while the European Union accounted for $643 million, up 2.9 percent. 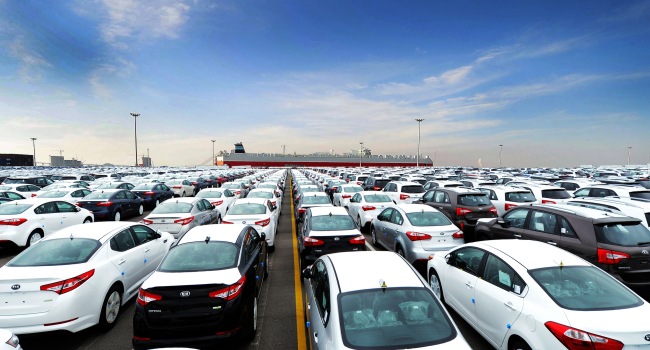 Shipments to the Middle East stood at $299 million, down 8.4 percent over the cited period, with other European countries taking up $249 million, a rise of 12.1 percent. The Asian market purchased $177 million worth, up 20.7 percent.

By company, Hyundai Motor saw its exports drop 6.4 percent on falling demand for compact and smaller cars like its Avante and Accent.

The overseas shipments of Hyundai’s smaller sister firm Kia Motors rose 15.6 percent over the cited period on the back of compact sport utility vehicles such as the new Soul Booster.

The numbers for Renault Samsung Motors nose-dived 36.1 percent due to suspended shipments to Iran.