[THE INVESTOR] Hyundai Department Store Group on Dec. 3 announced that it has acquired the entire stake in local construction material maker Hanhwa L&C for 336 billion won (US$302.23 million).

The Korean retailer has signed an agreement with Morgan Stanley Private Equity, which bought Hanhwa L&C for 300 billion won in 2014. 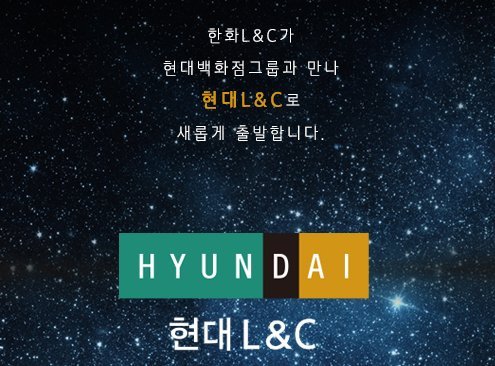 The group has been going through a post-merger integration process, which includes unifying its internal IT systems and changing its brand.

“In order to obtain a new identity after the acquisition, we have decided to change our company’s name to Hyundai L&C,” a company official said in a statement.

It has also made a new CI for the merged entity, which will be applied to all its outlets and workplaces by the first half of 2019.

The Korean conglomerate which has a strong presence in the retail and fashion business, aims to become a leading interior design firm. It hopes to create synergies with its furniture affiliate Hyundai Livart by creating packaged deals.

It plans to further increase sales and competitiveness by actively cooperating with its online and offline retail affiliates such as Hyundai Department Store and Hyundai Home Shopping.