[THE INVESTOR] The growth of digital health care industry in Korea is being hindered by red tape in personal medical data and telemedicine sectors, a group of startups said on Nov. 22.

The Asan Nanum Foundation, a charity for young entrepreneurs set up by Hyundai group affiliates, and three startup organizations -- Google Startup Campus, D.Camp and Startup Alliance -- released a report to suggest ways to vitalize the sector that converges health care and information and communications technology. 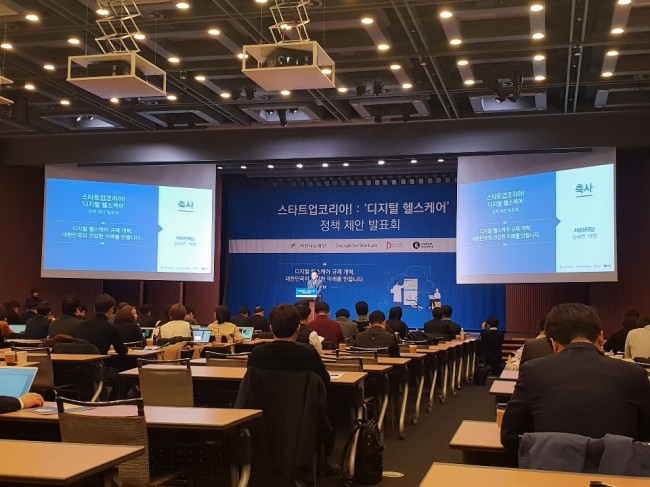 “Despite having outstanding medical technology coupled with well-equipped digital infrastructure with world’s highest smartphone ownership and high penetration rate of e-medical records, none of the Korean companies were included in the list of top 100 global health care startups by the volume of accumulated investment attracted,” Park Kyung-soo, strategy consulting group director of KPMG, said during a conference in Seoul while presenting findings of the report.

If the top global companies seek to run businesses here, over 60 percent of them will face tight restrictions mainly due to the ban on new types of medical treatments including telemedicine, direct-to-consumer gene test and utilization of health care data, he said.

The report emphasized the government’s role in bringing local startups in the sector to the global stage by simplifying the regulatory process, which typically takes 500 days to receive approval from three related bodies. “This period is called the death valley by startups with weak financial conditions.”

Reforming and shortening the regulatory process is underway by the government as it announced related measures in July. The new policy allows firms to commercialize their in-vitro diagnostic devices prior to technology assessment.

“(Proving a digital health care device has) a clinical value is a separate issue from whether its technology is innovative. It was regrettable to see startups developing technology with poor usability even after receiving multi-billion won funding from the government,” Shin Chae-min, an official at National Evidence-based Healthcare Collaborating Agency, said during a panel discussion at the event.

She said the agency is committed to nurturing health care startups by providing consulting and clinical program designs from the early stage of development.