‘PUBG’s success is based on efforts to overcome challenges’

[THE INVESTOR] It is widely accepted that the runaway success of “PlayerUnknown’s Battlegrounds” published by PUBG, a subsidiary of Bluehole, put the battle royale mode on the world map and made the Korean game company a household name.

After the game, called PUBG for short, in which 100 players compete to survive to be the last one standing, was launched in 2017, it became one of the most popular games in global markets, including the US, and China. 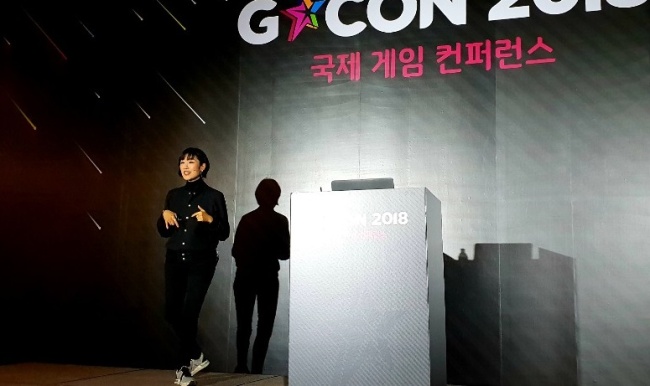 Few people in the gaming industry expected the success. In Korea, market watchers doubted the capabilities of the then 25-membered PUBG team which had never made a shooter before.

“Back then when we were developing the game title, we were short of almost everything, including budget, experience and employees,” said Sammie Kang, lead community leader, at the G-Con conference held in Busan on Nov. 16. “The challenges, however, seemed to be the source of innovation we have achieved.”

The G-Con conference where marketers and developers of game companies share their ideas and experience with students and other industry players was held on the sidelines of gaming trade show G-Star being held in the city.

Since there was no one who had organized and led a community of global PUBG fans in the beginning, Kang, who first got into the company as an interpreter, voluntarily took the community leader job.

The success of PUBG is based on the combined efforts of all the employees, but developing and maintaining close bonds with avid fans also played an integral role, helping to create a snowball effect, she said.

“We tried to find hardcore fans who would wait for the release of the battle royale game and actively participate in the community, as beta testers, giving us feedback,” she said.

In return for their active participation, the company rewarded them with special game items, like a parachute imprinted with the user’s name, and invited them to exclusive social events and meetings with PUBG developers.

Kang herself also tried to be close with the gamers, as a friend, both online and offline. For the first two years since the company started to organize its own community, she sent birthday messages to every PUBG community member, mostly gamers, influencers and streamers.

“Our small efforts snowballed and the game started to receive the spotlight at some point,” she said.