Samsung to offer glimpse of foldable smartphone in Seoul

[THE INVESTOR] Tech giant Samsung Electronics said on Nov. 14 that it plans to hold a developer conference in Seoul on Nov. 20, where it will showcase its foldable phone that was unveiled in the US earlier this month.

The upcoming conference comes after the previous developer event in San Francisco on Nov. 7-8 where the tech behemoth took the wraps off its first foldable smartphone. 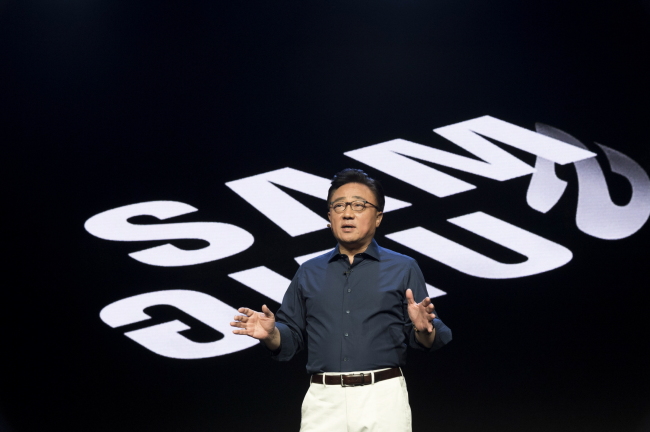 “From this year, the Samsung Developer Day conference in Korea will take place every year to help developers here get a better understanding of the firm’s latest artificial intelligence solutions and technologies,” said a Samsung spokesperson, adding that Korean developers will be able to have a chance to see the user interface of the foldable smartphone at the domestic event.

Koh Dong-jin, mobile chief of the company, who delivered a keynote speech at the US event, will likely skip the domestic one. On behalf of the CEO, Jeong Eui-seok, chief of an AI unit under the mobile division, is expected to introduce some specifications of the foldable smartphone.

During the US conference, Koh told reporters that Samsung would roll out the foldable smartphone in the first half next year and the first production volume will be at least 1 million.

Chon Kil-nam, emeritus professor at KAIST, a top-tier tech university in Korea, will also take the stage. He is often referred to as “the father of Korea’s internet industry,” for his contributions to the adoption of the internet network in 1982.

Subjects like conversational services, natural language processing, and investment trends for AI startups will be discussed at the conference, according to the firm.