[THE INVESTOR] IKEA Korea on Aug. 29 announced that it will officially launch its e-commerce platform next month.

“We will launch our e-commerce channel officially on Sept. 1 to increase the accessibility of our customers since we have only two stores in Korea,” IKEA Korea CEO Andre Schmidtgall said during a press conference. 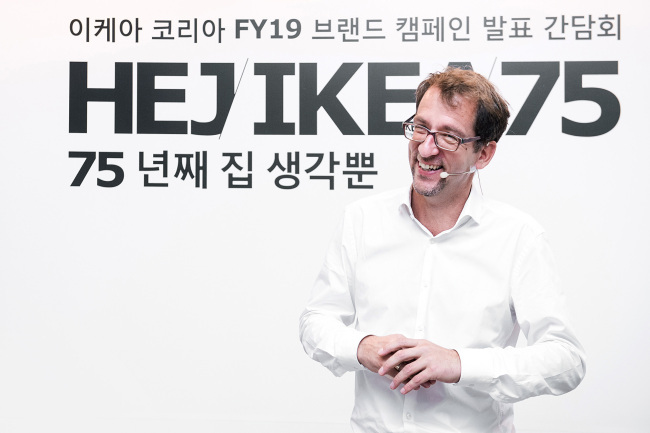 The e-commerce platform will carry 6,000 items, including most of furniture sold in IKEA stores except for a few that are difficult to deliver like plants.

Addressing questions on how the firm views local competitors here like Hanssem and Hyundai Livart, Schmidtgall said, “We at IKEA love competition. I think competition is needed in every segment.”

Besides its e-commerce business, the company has also formed a task force to open more “city center touch points” -- small exhibiting locations in the Seoul metropolitan area. It hopes to provide more chances for customers to experience its actual products offline in these locations and encourage them to purchase them online.

Established in 2014, IKEA Korea currently operates two stores here -- in Gwangmyeong, south of Seoul, and Goyang, Gyeonggi Province. The company said along with its online store, it will also focus on expanding offline stores.

The Swedish furniture maker recently started construction of its third outlet in Giheung, Gyeonggi Province. It has also bought sites in Korea’s second largest city of Busan and Gyeryong, South Chuncheong Province, but declined to disclose specific details about the construction plans.