[THE INVESTOR] Mirae Asset Daewoo, the brokerage arm of Korea’s leading mutual fund house, on Aug. 8 reported a record net income of 357.8 billion won (US$320 million) in the first half of this year on strong performance of its investment banking division and improved profitability overall.

The firm’s operating profit and EBIDTA were 427.6 billion won and 435.5 billion won, respectively, both record figures. Especially its IB division saw its earnings exceed the 100 billion won mark for the first time. 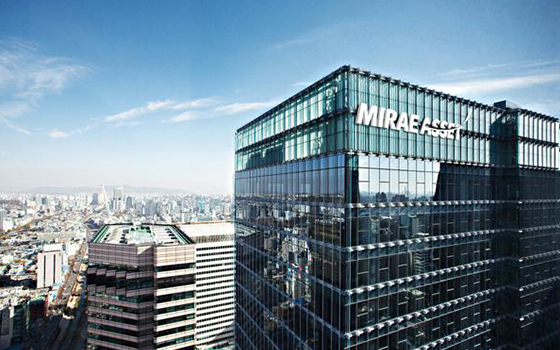 Amid its big push for global expansion, earnings from overseas investment and global operations around the world made up 27 percent of its total net income during the cited period, which compared to last year’s 19 percent.

Since former Chairman Park Hyun-joo took office as chairman of Mirae Asset Daewoo Hong Kong, the firm’s global headquarters, in May this year, the firm has been aggressively purchasing overseas properties and stakes in promising tech firms, worth more than 1.6 trillion won in the first half alone.

Its key purchases include the Cosmopolitan hotel in Las Vegas in a 106.4 billion won mezzanine debt and Cannon Bridge House in London for 370 billion won.

In a strategic partnership with internet giant Naver, the firm has also invested a combined 280 billion won in China’s ride-sharing firm Didi Chuxing in April as part of their joint fund worth 1 trillion won for investing in tech startups in Asia.