[THE INVESTOR] Korean company Shinil Group, which recently announced it has found a Russian battleship that sank 113 years ago off the Korean coast, plans to sell its own cryptocurrency backed by the claimed 150 trillion won (US$133 billion) worth of gold coins and bars discovered inside the vessel.

On July 17, Shinil said it discovered the hull of Dmitri Donskoii on the seabed at a depth of 434 meters and 1.3 kilometers off Ulleung Island on July 15, after years of search. The company claimed the vessel is a historical artifact estimated to be worth 10 trillion won, in addition to carrying 5,500 boxes of gold coins and 200 tons of gold bars when the ship went down. The armor cruiser was built for the Imperial Russian Navy in the early 1880s, but sank when it fought in the Battle of Tsushima in 1905 during the Russo-Japanese War. 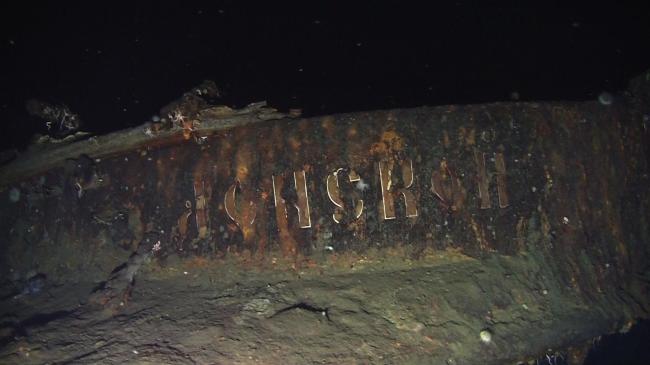 The firm said it is working on lifting the wreckage and will reveal details to the public soon.

The discovery, however, is in question, as the Ministry of Oceans and Fisheries said Shinil has not notified nor applied for approval of underwater excavation and other related process.

Despite controversy, the firm is also promoting its own cryptocurrency called Shinil Gold Coin, with the so-called “treasure ship” as collateral. It is currently conducting private sales, with plans to do an initial coin offering on July 30. It plans to list the coin on exchanges in September or August, with an estimated price range of 10,000 won for one token.

Industry experts, however, warned cryptocurrency investors to be cautious about the potential fraud of Shinil Gold Coin, as the firm has neither published a white paper nor the underlying technology of the coins.