[THE INVESTOR] Asiana Airlines is facing fresh allegations that it has been supplied food and beverages from a firm owned by its former board member who is also a foreign national, according to news reports on July 11.

California-based food distributor Bradcal has been supplying food and beverages for Asiana’s in-flight meals since 1988. The firm’s founder and CEO Brad B. Park who is known to be a friend of Kumho Asiana Group Chairman Park Sam-koo served as the airline’s outside director between 2004 and 2010. 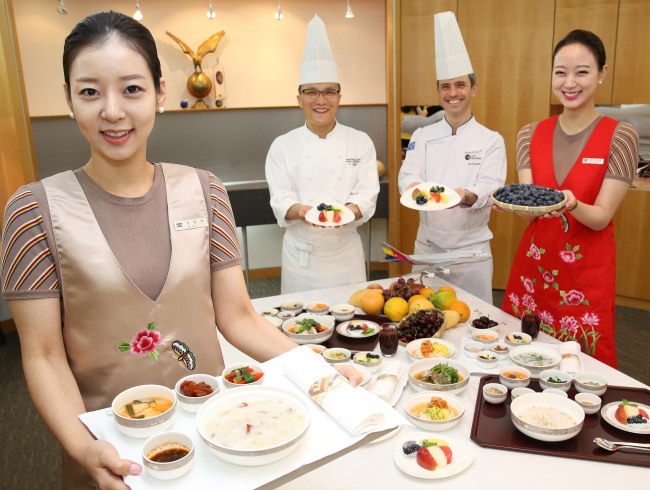 
Asiana denied any wrongdoing, saying Park was an outside director who didn’t participate in management directly and the supply deal was signed through proper procedures. But under the laws, listed firms are not allowed to appoint outside directors from firms with important business relations.

Another issue is Park’s nationality. He is an American citizen so his board membership is against the aviation laws that prohibit foreign nationals from being on the board of national airlines for security reasons. But it seems difficult to impose penalties on the airline because the bill was a non-binding administrative order until 2012.

The Transport Ministry is also reviewing penalties on Jin Air, a budget carrier owned by Korean Air, for hiring Emily Cho, Hanjin Group Chairman Cho Yang-ho’s younger daughter with US citizenship, as the firm’s board member between 2010 and 2016 -- a violation that could be led to cancellation of its operating license.

The latest allegations against Asiana come as the nation’s second-largest air carrier is still reeling from the so-called “no-meal” fiasco since early this month. Its new food suppliers failed to deliver food on time and dozens of international flights departed from Seoul’s Incheon Airport without meals.