[THE INVESTOR] Shares of Samsung companies soared on July 9 on high expectations about the planned meeting between President Moon Jae-in and Samsung Group Vice Chairman Lee Jae-yong in India later in the day (local time).

Samsung BioLogics closed at 427,000 won (US$383.92), up 4.15 percent from the previous session, while Samsung Electronics also saw an almost 2 percent increase to close at 45,600 won. Other Samsung companies such as Samsung Electro-Mechanics, Samsung SDI and Samsung SDS also opened higher on the day. 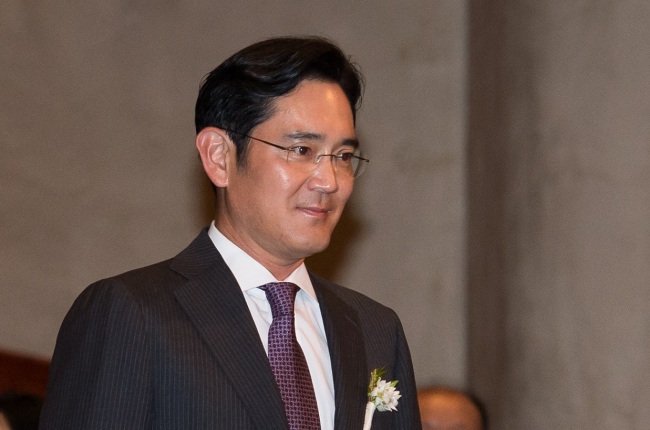 The high-profile meeting will be the first of its kind since the president took office in May last year. The two will be attending a ceremony to celebrate Samsung Electronics’ recent completion of a smartphone plant in Noida, a city in the northern state of Uttar Pradesh, India.

Samsung said the meeting will be a casual one rather than a closed-door meeting. The Samsung heir also plans to guide the president and his Indian counterpart Prime Minister Narendra Modi through the newly built facilities.

The Korean tech giant confirmed Lee’s private meeting with Modi to discuss Samsung’s business plans in India. It plans to invest a total of US$650 million in setting up and operating the manufacturing facilities in the Indian state.

About the meeting with the president, however, Samsung denied the firm had proposed Moon attend the ceremony as part of its efforts to recover relations with the government.

“As far as I know, the Indian government first suggested Moon join the event to celebrate the completion of the factory, and the Blue House accepted the offer,” said a Samsung Group official on condition of anonymity.

Samsung has been facing heightened scrutiny across affiliates as they have become key targets of the government’s chaebol reforms that aim to improve complex cross-shareholding structures and unfair business practices with subcontractors at the nation’s top business groups.

Investigations are also ongoing into the controversial merger between Samsung C&T and Cheil Industries in 2015 and the 2016 KOSDAQ listing of Samsung BioLogics -- the two deals are widely expected to help Lee and the owner family further strengthen their influence across the group ahead of the heir’s pending leadership succession even though Samsung flatly denies the speculations.

It may be recalled that Lee was freed from imprisonment in February this year after serving a year for allegedly giving financial support for former President Park Geun-hye and her confidante in return for business favors.