[THE INVESTOR] Companies that are eying business and investment opportunities in North Korea ought to jump-start their preparations if they want to take advantage of the world’s most reclusive nation when it opens up, experts said on June 7.

“If companies are exploring further growth, entering North Korea is no longer an option but a requirement,” said Lim Eul-chul, professor at the Institute for Far Eastern Studies at Kyungnam University, at a forum in Seoul. “While political uncertainty and infrastructure issues still prevail, it will be too late if companies wait for the problems to be solved. Instead, they should start preparing for future economic cooperation right away.”

His remarks came at a business forum held by Samjong KPMG’s North Korea Business Center that was established in 2014 to support and consult companies interested in doing business with Pyongyang.

While the recent diplomatic situation has raised renewed hope for inter-Korean economic cooperation to resume, experts say it will take some time as the UN sanctions against Pyongyang have to be lifted first, which will happen when North Korea makes “irreversible steps” towards denuclearization, according to the US. 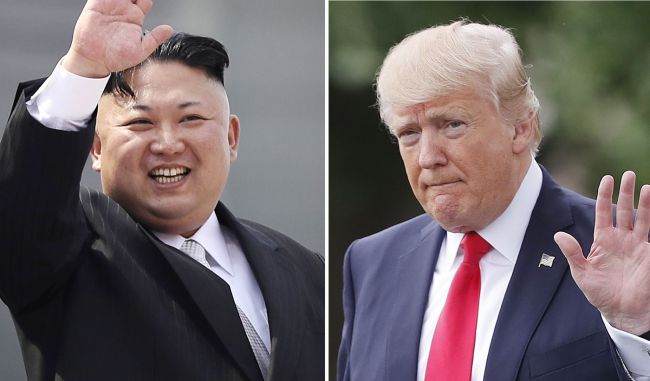 “Many South Korean firms may have more experience doing business in NK but that’s why they have also greater fears about the risks. If they do want to take the full advantage of cultural similarities, they need a more strategic and forward-thinking approach,” he added.

While Korean firms are hopeful of benefiting from an end of hostilities on the peninsula, they will face fierce competition from other countries, namely China and Russia, that are all eying to capitalize the untapped potential of North Korea.

“When North Korea opens up, it won’t be only South Korean firms that will enter the country, but also Chinese firms that are well aware of the socialist economic system,” said Lim.

Kim Kwang-seok, partner at KPMG and chief of the NK business center, said many global companies are making inquiries about business opportunities in NK through their global operations.

“Chinese and Russian firms have conducted business with North Korea for a long time, and we might be late already,” he said. “That’s why South Korean firms need to put their advantage of sharing heritage and language at the fore and start preparing immediately.”