[THE INVESTOR] Korean Air Chairman Cho Yang-ho on May 10 quit the top post in budget airliner Jin Air amid ongoing investigations into his family over a series of allegations of physical and verbal violence as well as tax evasion and smuggling.

Jin Air made the announcement in a regulatory filing with the Financial Supervisory Service. The low-cost carrier said Cho's resignation from its CEO post is intended to strengthen a responsible management system by a professional manager. 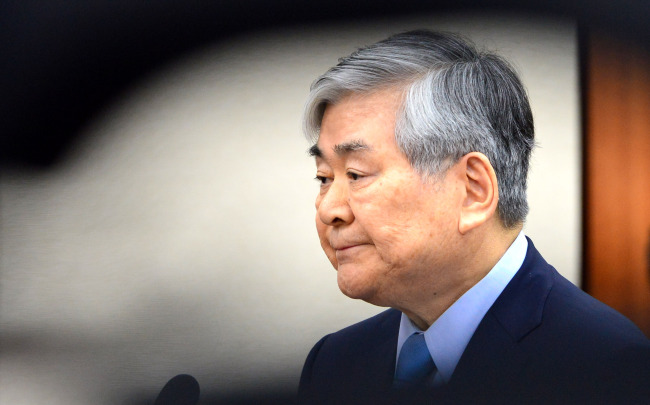 Jin Air is the budget unit of Korean Air, the country's No. 1 full-service airline. Both companies are part of Hanjin, a transportation and logistics conglomerate.

Cho's resignation is the latest in a series of moves by Cho's family to try to ease mounting public outrage over allegations of misconduct.

Police have also launched an investigation into chairman Cho's wife -- Lee Myung-hee -- over alleged physical and verbal abuse. Lee, who is chairperson of the nonprofit Ilwoo Foundation, allegedly tried to slap the face of a construction crew worker hired to remodel her Seoul residence in 2013 while forcing the worker to kneel down.