[THE INVESTOR] South Korean conglomerates are quickly moving to review possible investment opportunities in the North as the icy relations between both countries are thawing at a dramatic pace in recent days.

For the past couple years, the conglomerates had cut investments and workforce linked to projects focused on the North Korean market as the escalating tensions between both sides reached a new peak after a series of nuclear and long-range missile tests by the recalcitrant regime in Pyeongyang. 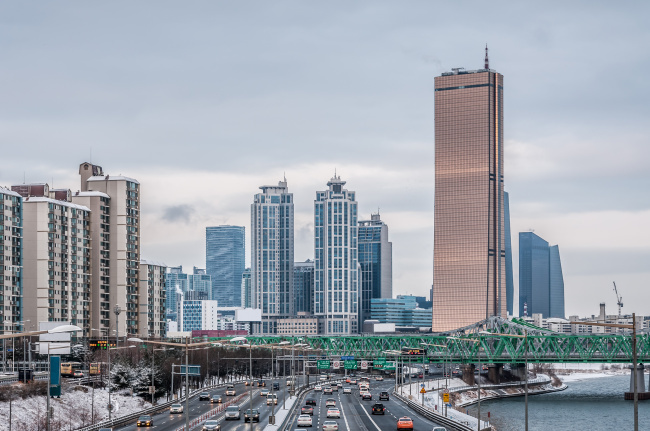 
The rhetorical spat between North Korean leader Kim Jong-un and US President Donald Trump had also added fuel to the fire, further worsening relations between Seoul and Pyeongyang.

“Since the two Koreas signaled a glimmer of hope for improvement in bilateral relations earlier this year, conglomerates started reorganizing their task forces to prepare for future developments,” Jung Seong-jang, the head of local think thank Sejong Institute’s department of unification strategy studies, told The Investor.

He did not specify the names of companies, but those that have affiliates and subsidiaries in construction, telecommunications and transportation sectors, such as SK Group, Hyundai Group and Samsung Group, are said to be actively seeking investment opportunities that could come on the heels of the latest summit meetings.

Hyundai Group, which has for long played a role in inter-Korean economic corporation projects in the past, has been publishing papers on a regular basis on how to improve economic ties between the two Koreas. Its subsidiary Hyundai Asan is the operator of tourism business to Mount Kumgang, which has been halted due to the UN Security Council’s economic sanctions on the North.

SK Group, which has construction firm SK E&C under its arm, has resumed its project specifically aimed at analyzing North Korean issues ranging from economy to politics under think tank SK Research Institute, holding seminars and forums every week.

Samsung is also said to be testing the waters to launch projects related to North Korean issues.

“A peace treaty between the two Koreas or economic ties between the North and the US can create a paradigm shift and an economic breakthrough for the conglomerates, the overall South Korean economy, as well as the global economy,” said Lee Byeong-soo, who heads a team of attorneys analyzing South-North economic cooperation at local law firm Yoon & Yang. He called such geopolitical and economic changes on the Korean peninsula as the “miracle of Pyeongyang.”

“Improved relations could also help revitalize the South Korean economy that has been losing its steam in recent years due to oversupply in a range of industries, a slowing potential growth rate, and the declining population,” he added.

Cheap labor and underground resources are something that South Korean and foreign investors find appealing.

“Foreign investors whom I have met have shown more interest in North Korea than usually thought, and they are seeing the North as a great investment opportunity. They forecast the nation would be the next Northeast Asian nation to enjoy robust economic growth,” said Yang Un-chul, vice president of Sejong Institute, a think tank in Seoul.

The average monthly salary of a North Korean worker is said to be around US$3 while the reclusive country is sitting on some 200 types of mineral resources, including iron, gold, zinc and graphite, which are estimated to be worth up to US$10 trillion, according to a past report by Seoul-based research organization North Korea Resource Institute.