[THE INVESTOR] Korean health care data startup Zikto is venturing into insurtech services with its initial coin offering aiming to develop a blockchain-based insurance data platform, according to industry sources on April 13.

The firm has recently set up a regional unit in Singapore to debut its own digital token Insureum in May. It aims to issue tokens worth 30 billion won (US$28 million) and raise up to 20 billion won in the presale and public offering in the coming weeks. 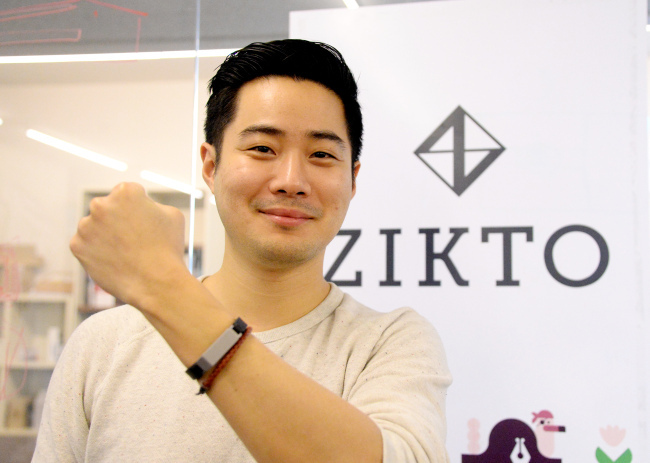 
Sources say the firm is currently holding a roadshow in key markets including the US, Hong Kong and Singapore. Several institutional investors are reportedly showing keen interest in joining the presale.

“We are getting a positive reaction from investors,” a Zikto official said. “We aim to create a brand-new insurance ecosystem where insurers develop more customized products and developers and consumers share the profits. With the Insureum Protocol, the insurers can be more agile and digital-based, and developers can find easier way to monetize their services, consumers will enjoy the better insurance products tailored to their lifestyles.”

Insurers can develop more customized products for specific consumer demands with consumers receiving proper rewards for offering their lifecycle data and developers earning profits by connecting their own apps with the Insureum platform.

Amid the burgeoning digital insurance market, the firm is especially pinning high hopes on the nation’s young and tech-savvy consumers in their 20s and 30s who are also early-adopters of new technologies like blockchain.

Zikto, best known for its Zikto Walk wearable device and a multiple-device data integration platform The Challenge,  was established in 2014 by cofounders -- CEO and CTO Ted Kim, former LG Electronics engineer, and CEO and CFO David Suh who worked at Shinhan Financial Investment and Sears Holdings in the US. It was also the first Korean startup raising US$165,000 funds through the US crowdfunding platform Kickstarter in 2014.

BitGo CEO Will O'Brien and Lee Chan-woo, professor of Kookmin University and former CIO at the National Pension Service, recently joined the firm’s 13-member advisory board which offers consultations on a regular basis.