[THE INVESTOR] Amid the fast-advancing Internet of Things technology, a new item has joined the list of smart things -- electronic bidet toilets.

An electronic bidet is a high-tech toilet seat cover featuring functions such as a nozzle that sprays one’s bottom with warm water. It is controlled via a remote control attached to the toilet seat. 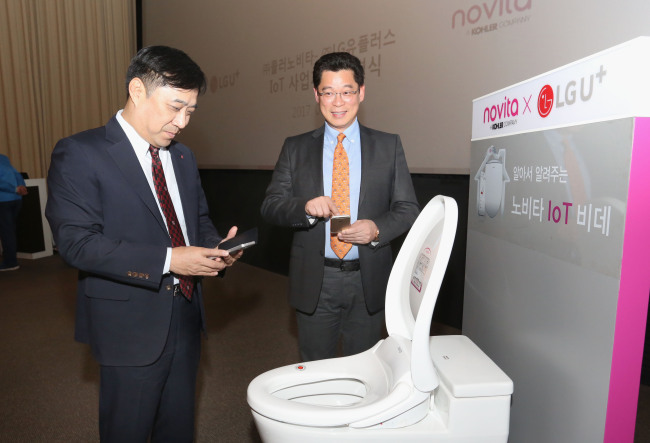 According to LG Uplus, the IoT bidet automatically tracks and analyzes a user’s bidet usage patterns to automatically inform them when they need to switch the filter or request a cleaning service.

In addition, the connected bidet sends alerts to users who have been sitting on the toilet for too long -- presumably because they are on their smartphones -- to tell them to get up, the firm said.

Looking ahead, LG Uplus said it plans to introduce up to 50 IoT-connected devices inside bathrooms and houses, such as fans, light switches and open door sensors to build a more connected smart home.