[THE INVESTOR] “A ship is safe in the harbor, but that is not what ships are built for.”

Kakao Chairman Kim Beom-su referred to this quote when he embarked on a new journey in 2007 after serving as a co-chief of NHN, a merged business entity between online game firm Hangame Communications and search engine Naver.com.

His departure then baffled many, as the merged firm -- which later split into web portal operator Naver and online game firm NHN Entertainment -- had risen to the top of Korea’s internet and online gaming sectors since the high-profile merger in 2000. 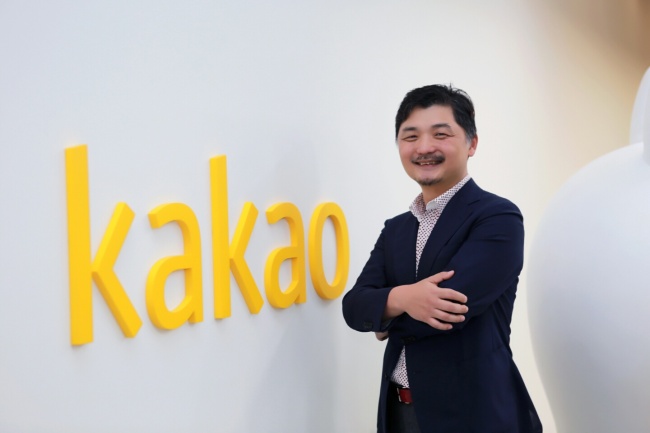 NHN’s web search service Knowledge Search -- a platform where average users, quasi-experts, and experts ask and answer questions -- and its online games successfully drove the growth of the merged entity, outrunning its rival Daum and US-based Google in terms of profits and market share here.

The merger and his departure were based on the Kakao chairman’s belief: Everything is about timing in business.

“Looking back, the important thing in running a business is to take the right action at the right time,” Kim said in a media interview.

The man with his business acumen certainly knew when the timing was right.

From Korea’s largest internet cafe to the nation’s most popular mobile messenger KakaoTalk, most businesses he launched have brought him a big fortune as well as the chance to seek another business treasure trove.

Foreseeing the rise of the internet and online games, Kim quit his job at Samsung SDS in 1997 where he had worked for five years as a software engineer, and opened an internet cafe, named Mission No. 1, in Seoul.

The number of subscribers for Hangame reportedly increased 100,000 per day due to its hit games, mainly Go-Stop, poker and the like, and its total subscribers surpassed 10 million in five months. After that, the firm merged with Naver.com, which was established by Kim’s friend and rival Lee Hae-jin, the chairman of Naver.


Kim often describes the fast growth of internet cafes in Korea -- which helped speed up internet penetration -- and the launch of Hangame as the most memorable occasions during his career of more than 20 years in the information technology sector.

Sailing through the IT world since the late 1990s, he sensed by instinct along the way the next big wave: the smartphone.

He and the members of IWILAB (now Kakao), which he founded in 2006, started to develop smartphone apps after Apple’s first iPhone swept the global markets -- except a few places including South Korea.

“I threw a number of questions at the team members on what kinds of apps we had to make,” Kim said.

“After a series of discussions, we reached the conclusion that a smartphone is a means of communication,” he said. So they started to develop smartphone messenger apps.

The IWILAB developers were divided into three groups and each team created their own messaging services -- KakaoTalk, which focused on one-on-one mobile chatting; KakaoAgit, a group conversation service and KakaoSuda, a social networking service.

Kim then let the three mobile messengers compete against one another, and KakaoTalk, which showed an explosive growth in terms of users in just two months, became the flagship service of the firm. The rest is history.

KakaoTalk mobile messenger now has 46 million subscribers, around 90 percent of Korea’s entire population of 51.6 million. The number of monthly active users, a barometer to measure the popularity of mobile services, stood at 41.5 million in Korea in the second quarter of this year, according to Kakao.

Korea’s most-used mobile messenger has now grown into a platform that incorporates a mobile payment system, an e-commerce platform, and a search engine.

Offline-to-online services such as those for hailing a taxi and booking a hair shop are also available on the mobile messenger. 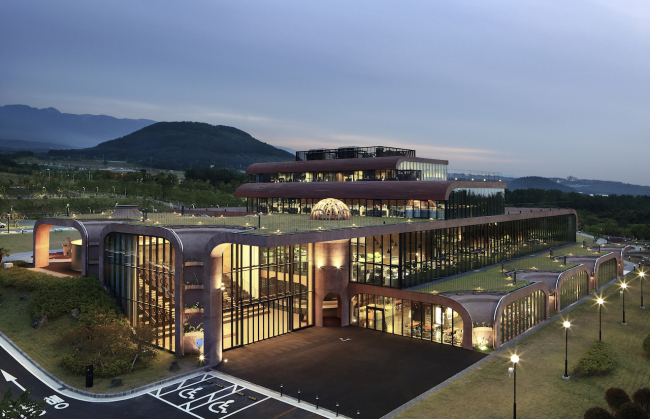 Rivalry and friendship with Naver’s Lee

When mobile messenger Line, a subsidiary of Naver, went public in Tokyo and New York, Kim of Kakao may have eaten his heart out, as tapping into global markets has been a dream of his since the early days of his entrepreneurship.

Kakao has made attempts to expand its businesses into other parts of the world, but no outstanding achievements have been made so far.

Kim and Lee Hae-jin, who both graduated from Seoul National University and worked at Samsung SDS, have served as a catalyst for each other, competing for business success in a wide range of areas.

The overwhelming success and dominance of KakaoTalk in the Korean mobile messenger market prompted Line to turn its eye toward global markets including Japan and Taiwan.

The increasing popularity of Line’s animated mobile messenger stickers spurred KakaoTalk to push its mobile sticker business in earnest, and it started running flagship stores for its character merchandise as Naver does.

Since the global initial public offering, the value of Lee’s shares in the internet firm has increased to 1.26 trillion won ($1.14 billion) as of Sept. 1, surpassing that of Kakao stocks held by Kim, at 1.03 trillion won. Previously, Kim’s stock value was higher than Lee’s.

Their personalities sit on the extreme ends of the spectrum -- Lee is known for his meticulous personality, while Kim is often described as a maverick with macho characteristics.

Some have speculated that Kim left NHN because they failed to reconcile their characteristics and management styles.

Kim has denied rumors that he abandoned NHN due a sour relationship with Lee.

“After heading NHN for around 10 years, I felt that I had to try to do something new,” Kim once said.