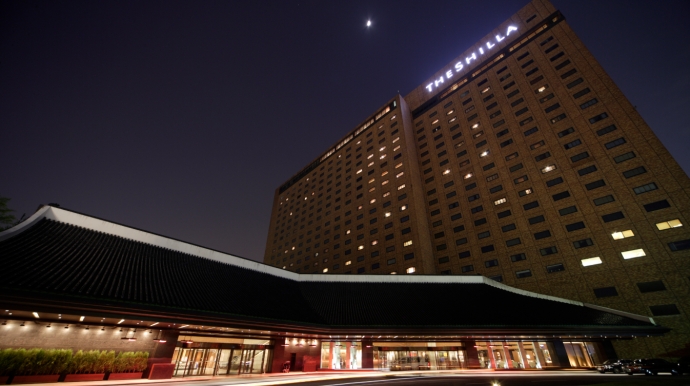 ​Lee was born in 1970 as the elder daughter of Samsung chairman Lee Kun-hee and the granddaughter of Samsung founder Lee Byung-chull. She went to Daewon Foreign High School and Yonsei University before joining Samsung Foundation in 1995. She moved onto Hotel Shilla in 2001 and after a decade took the helm of the company.
Nicknamed “Little Lee Kun-hee,” she is said to be the most similar to the charismatic father, not only in appearance and character but also in management style. She only took 10 years, relatively a short time within Samsung, to be granted control of the hotel and duty-free divisions reflecting the group chairman’s trust.
She is credited for initiating innovative growth for both divisions, pushing Hotel Shilla and the duty-free store chain on the world stage. Hotel Shilla posted an annual sales over 3 trillion won in 2015, the highest-ever for the company.
The second-largest duty-free store chain in Korea joined hands with its rival Hyundai Development and won a fierce competition for a license for a duty-free store in Seoul. The urban duty-free industry is estimated to be worth more than 3 trillion won.
She made headlines when her marriage to Im Woo-jae was announced in 1999. The heiress met Im, then a new employee at Samsung C&T, while performing extension work on Lee’s home in Seoul. She filed for divorce in 2014 after her father fell ill. The court ruled in her favor but Im refused to sign the papers and appealed. They have one child.
Her brother is Lee Jae-yong, vice chairman of Samsung Electronics, and sister is Lee Seo-hyun, president of fashion division of Samsung C&T Corp.