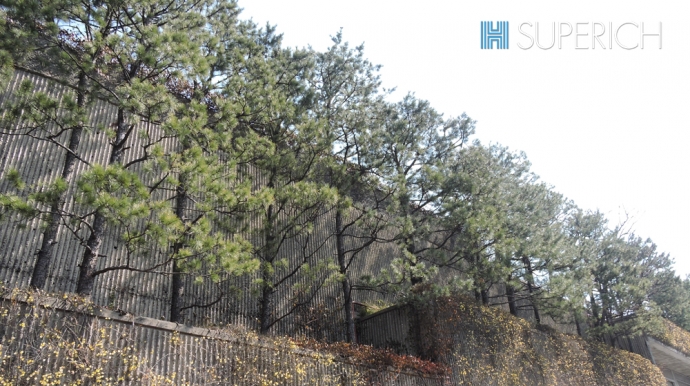 Cho Suck-rai was born in 1935 in Haman, South Gyeongsang Province, as the eldest son of Cho Hong-je, founding CEO of Hyosung Group.
He returned from studying in the United States in 1966 and joined the company. In 1981, he took over control of the group as chairman of Hyosung Power and Industrial Systems.
Hyosung has its roots in Tongyang Nylon, and has been a leader in the industry as the top maker of spandex. It also is a major manufacturer of nylon tire cords, supplying them to every major tire makers across the world.
The group marked its 50th anniversary since foundation in 2016 and posted operating profit of over 1 trillion won for the first time.
Cho and his family, however, have been constantly under investigations. In 2016 alone, he was sentenced to three years in prison and a 136.5 billion won ($113 million) fine on charges of tax evasion and accounting fraud. He was found guilty of evading 135.8 billion won in taxes but was exempted from immediate detention given his old age, 81, and deteriorating health. The prosecutors, however, announced that they found additional evidence of him having had transactions under borrowed names.
He has two brothers, Hankook Tire chairman Yang-rai and DSDL chairman Wook-rai.
He married Song Gwang-ja, daughter of former Finance Minister Song In-sang, and has three sons. Eldest Hyun-joon is president of Hyosung and youngest Hyun-sang is executive vice president of Hyosung and in charge of industrial materials and chemicals divisions. Second son Hyun-moon resigned from the company and filed suits in 2014 against former and then-present executives of Hyosung, including his older brother, accusing them of misappropriation and creating a slush fund from art funds.